On A Mission To Free Our Patients From Pain 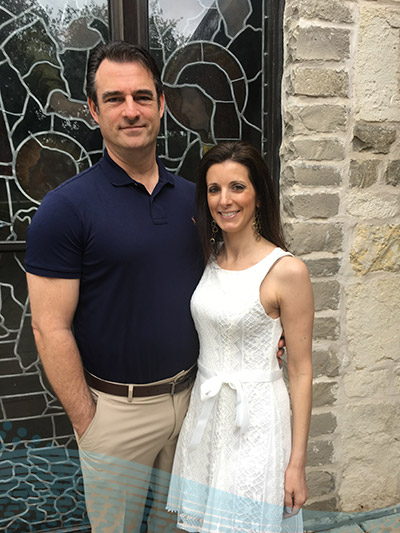 Dr. Sheri Earley – a NY native – has been the owner of Huebner Chiropractic in San Antonio, TX for over 15 years.

She started doing gymnastics at the age of 5, cheerleading at the age of 12 and chiropractic at the age of 22.  After years of avid gym workouts and performing over a hundred thousand adjustments, the wear and tear started to catch up with her in 2013 in the form of shoulder pain.

Despite physical therapy, massage therapy, laser therapy and acupuncture, she was still experiencing pain – making it difficult to perform adjustments on her patients, as well disrupting her sleep.

After being diagnosed with supraspinatus tendon tears and early onset arthritis in her AC joints, she was introduced to the ARPwave. It allowed Dr. Earley to get full function back into her shoulders and inspired her to begin offering the technology at her practice.

Her first patient was her husband Paul. As a Special Forces veteran and wounded warrior, Paul had been living with chronic pain for over 15 years after fracturing and dislocating several bones in a parachuting accident.

Rejecting the opioids prescribed by his doctor, he sought out treatment on his own – joining a gym with a pool and receiving chiropractic care even before meeting Dr. Earley.

However, due to the extent of his injuries, there were many things he still could not fully do. Sitting and standing for long periods of time was still difficult due to his low back pain and sciatica.

After receiving the ARPwave treatment, Paul’s quality of life increased dramatically. Soon he was able to play sports, do yardwork, travel longer periods in a car, and the quality of his sleep improved. Shortly after his first set of treatments he was even able to walk around Disney World for 4 days pain free. You’ll need to ask him if that was a good thing.

Paul became so inspired with the ARPwave technology that he quit his six figure job in a medical training company to fully dedicate his time to helping other people reduce and relieve their  chronic pain.

One of the first and many roadblocks he faced however was that no one knew what the ARPwave was – which made it difficult to market to their community. He soon found out other clinics were experiencing similar issues and their ARPwave machines were only collecting dust in their offices.

It became clear that being excited about the technology and getting trained for a few days on how to operate the machine wasn’t enough to ensure success. Fast forward 5 years. Dr. Earley and Paul now own the busiest ARPwave clinic in the United States – operating solely out of their chiropractic office. They have patients travel as far as two hours away to get their treatments.

After an ample investment of time and money, they have developed a proven, turnkey model for how to incorporate the ARPwave technology successfully into an office. This has given them more financial freedom to work less hours and have more time with their 3 children – including taking their family on multiple vacations a year.

Their mission is twofold – to share this life changing technology with even more patients and, in turn, to give healthcare providers a better quality practice that isn’t dependent entirely on the stressful and failing insurance model.

Ready to get started?